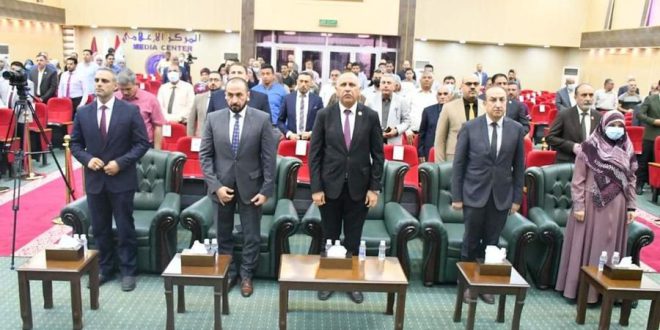 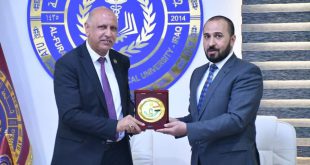 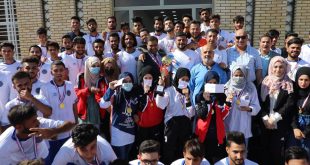 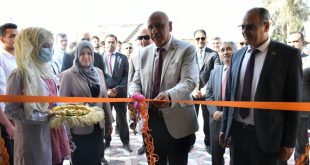 Under the patronage of the Chancellor Al-Furat Al-Awsat Technical University (ATU), Prof. Dr. Mudhaffar Sadiq Al-Zuhairy, and in the presence of the Chancellor of the University of Technology / Baghdad, Prof. Ahmed Al-Ghabban, the panel discussion was held entitled “Sustainable Development and the Identity of Local Iraqi Architecture” with the participation of many professors specialized in architecture.

Al-Zuhairy, in his speech, called for addressing the current issue of architectural design in Iraqi cities. He mentioned the deteriorations that have afflicted it in recent years due to slums, lack of planning, the dissonance of building shapes and colors, and the use of exotic designs and facades that contributed to so-called visual pollution and loss of identity. He added that this requires a severe stand by university professors with competence and concerned decision-makers to stop the continuous deterioration in this sector.

The symposium included exposure to four themes, including the sustainable development goals of the United Nations plan for the year 2030 in Iraq between heritage and contemporary. The second theme highlights the transformations in the identity of the local Iraqi architecture. In contrast, the third and fourth themes explore the techniques and building materials used in the Iraqi cities between the past and the present, legislation, and building laws.

The symposium was attended by Dr. Venus Suleiman Akef from the University of Technology, Prof. Dr. Sobeih Lafta Farhan, Scientific Assistant to the President of Wasit University, Assistant Professor Dr. Durgham Muzhir Al-Obaidi, Head of the Department of Architecture at the University of Baghdad, and Dr. Muhannad Abdul-Zahra Al-Khaqani,

Director of the Department of Construction and Projects at Al-Furat Al-Awsat Technical University (ATU). 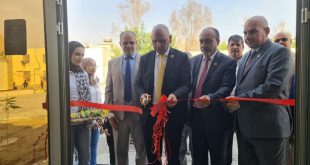