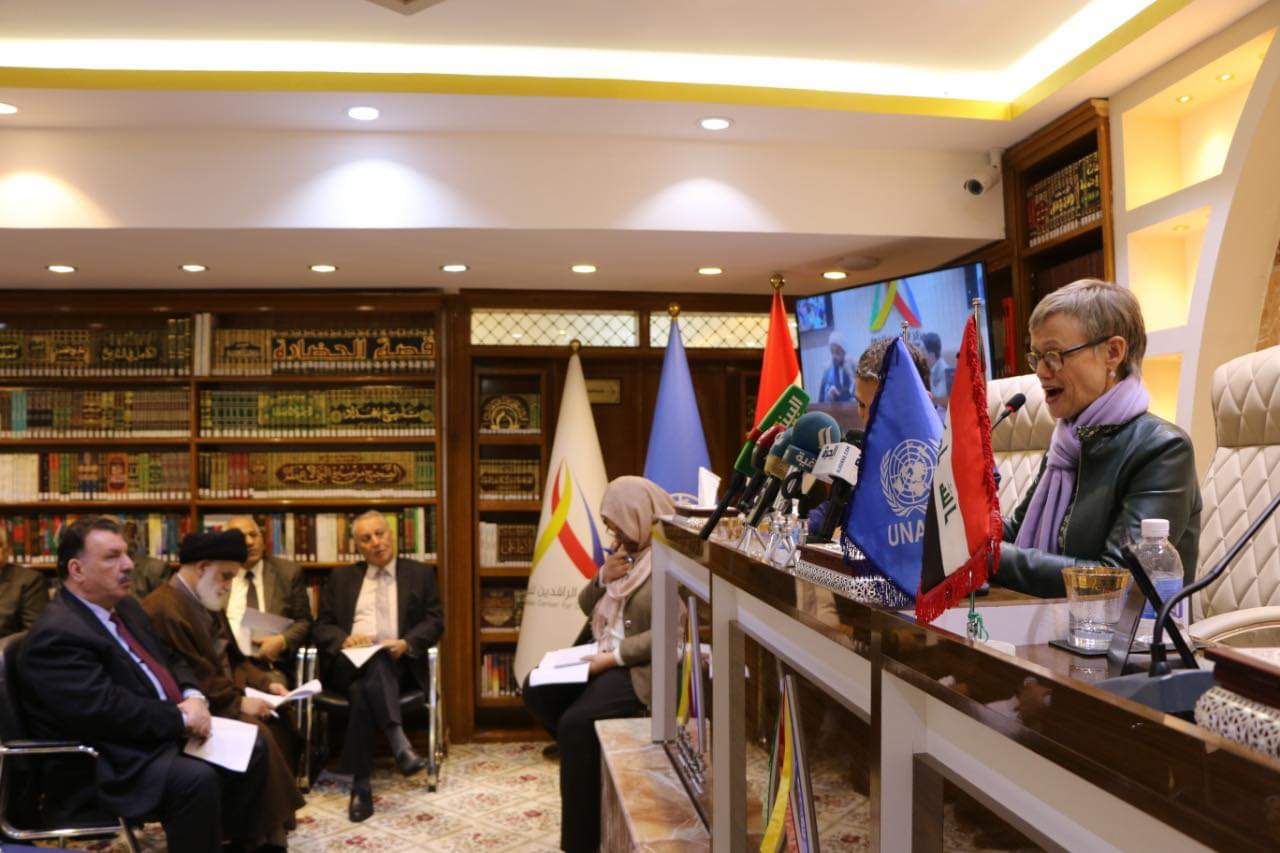 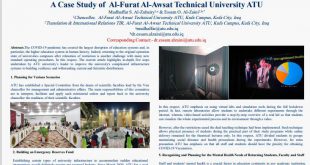 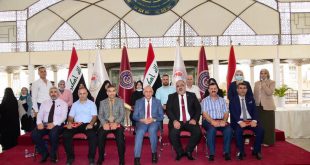 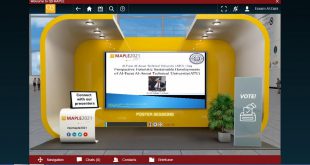 The President of Al-Furat Al-Awsat Technical University participated in a symposium on democracy in Iraq at the kind invitation from Rafidain Center for Dialogue held on the Chamber of Commerce of Al-Najaf Al-Ashraf.
The seminar, organized by the Rafidain Center for Dialogue entitled “the delegation of UNAMI, the democratic experiment in Iraq, the prospects and challenges” was attended by many academic, religious and political characters.
The seminar aims to discuss the democratic experiment in Iraq for the year 2018, represented by the electoral process. The seminar included a lecture by the Special Representative of the UN Secretary-General for Iraq, Ms. Alice Walpole, and another by Mr. Mohamed Al-Najjar, the Senior Adviser on Political Affairs of the United Nations.
In her lecture, Alice addressed the electoral process in Iraq and the formation of a new government that should seek political, social and economical reformations as well as the fulfillment of justice, equality, accountability, reconciliation and fighting corruption. The creation of jobs will lead to the consolidation of economic development, stability and prosperity.
Alice also stressed on the sovereignty and independence of Iraq away from external interference and fight corruption and reform laws that do not entrench the values of justice and equality.
Alice stressed that the new government should reform and rehabilitation of the security sector and placed it under the control of the state.
In conclusion, Alice emphases on the fact that the United Nations will continue to support the Iraqi people, provide advice and participation and will continue to work in partnership with the Iraqi government and people to achieve an advance progress towards a prosperous future based on democracy and the rule of law in an Iraq that respects the rights of every citizen and meets his needs and she thanked everyone for good listening.

شاركها
السابق Dean of the Administrative Technology Collage / Kufa participates as a trainer in the administrative leadership course held by the United Kingdom
التالي The President of Al-Furat Al-Awsat technical university professor Dr. Abdul Kadhim Jafar Al-Yasiri, confers one of the martyrs of “Al-Hashed Al-Shabie” from the Technical Institute Babel with an honorary graduation certificate. 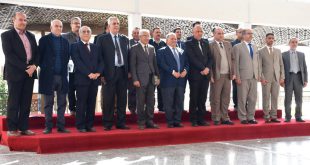